Metaverse – The Second Incarnation of the Internet 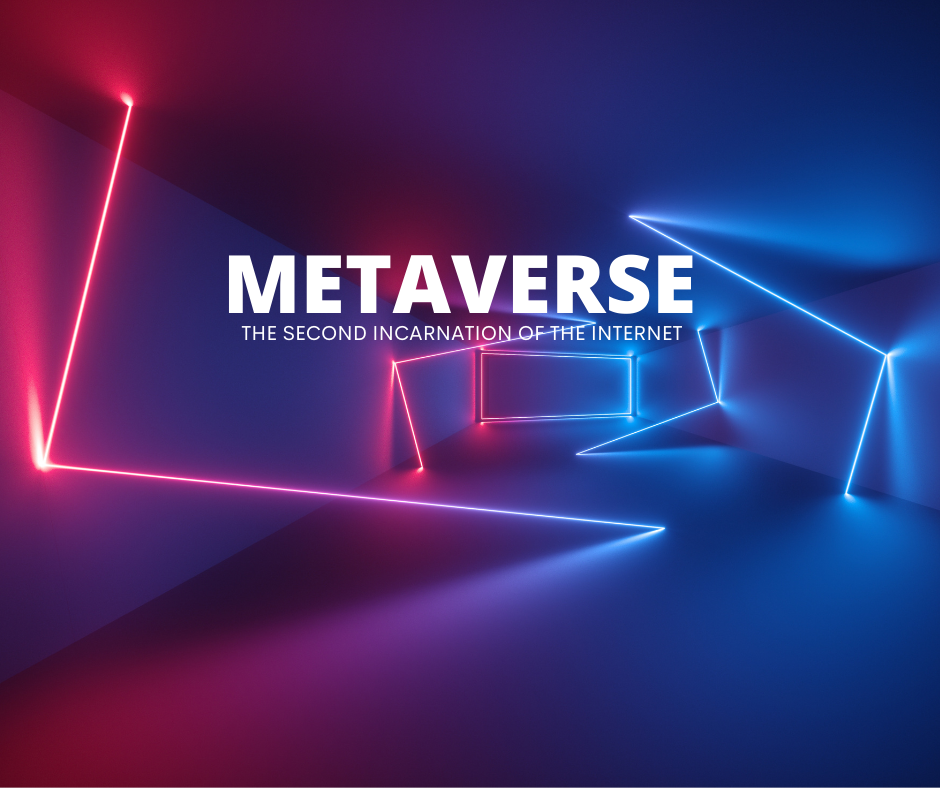 The Inception of the Internet

During the past 100 years since the invention of the telephone, it was always wired, and you couldn’t carry it with you. If it’s not connected to the wires, it won’t work.

Through a piece of plastic and some wires, how can you talk to someone in another city? At the time, the invention of the telephone was a miracle. It was just the beginning, though, since what was about to come was beyond most people’s imagination.

Nokia unveiled its first smartphone in 1989, and it weighed almost a kilogram. With the invention of the Internet, other players like IBM quickly entered the space, and mobile phones seemed like a logical step forward.

Put this in perspective by thinking of what your phone can do these days. The tiny smartphone you carry in your pocket is vastly more powerful than a hundred giant computers just 20 years ago.

Over the past 20 years, something else has happened – something we had not planned for. Not even the world’s largest corporation saw it coming.

Data collected by the Internet is more than humanity has ever gathered in history. The Internet stores everything that involves the Internet.

In some way, we have created our virtual identities through the Internet. Those born within the last 15 years have grown up with smartphones and have established a digital identity right from the start.

Therefore, virtual reality isn’t some sci-fi idea that won’t pan out in the future; it’s already been around for over two decades.

Metaverse – The Second Incarnation of the Internet

Metaverse, virtual reality, and artificial reality hold such a futuristic ring that we might never be able to experience them within our lifetimes. However, the revolution has already taken place over the last several years.

Ask yourself how much of what you do takes place in the real world versus what happens in the virtual world? It might not be obvious at first. However, the average person spends 59 hours a week on the Internet. Around 8.5 hours a day.

More than a third of our time is spent in the virtual world.

It might not seem like that because currently, we experience virtual reality through screens, which does not quite feel like virtual reality. Nevertheless, you can be whoever you want on the Internet or in the virtual world.

For example, you can make yourself look like a successful businessman, a skilled professional, or an expert of any kind through your social accounts, even if you are not that person in reality.

Take a look at Zoom calls. It’s an experience where we all participate in it. A virtual world where you can chat without getting out of bed. Our virtual world has become a place where we can interact, date, learn, or even work full time.

But there’s a crucial improvement because we are heading to experience the metaverse in real-time 3D.

Playing a game on Oculus is an entirely new virtual experience. However, the technology is still far from being complete. VR headsets are weighty, oversized, and uncomfortable, and there’s just not much stuff you can do. Then again, it’s exactly how old phones once were.

Remember the first phone? Since we got from the earliest version of phones to smartphones almost 25 years ago, it’s a matter of time before we get VR headsets that are comfortable and light, or they could change into something much more advanced.

Given that we already have an infrastructure in place, it seems like we could complete this process much faster. Imagine the possibilities we can achieve when VR headsets become as comfortable as smartphones today.

What’s going to be next?

Nevertheless, there is another question. Which metaverse are we going to use? It seems as if everyone is building their own sets of rules for their metaverse. Facebook renamed itself Meta and is trying to create its own metaverse. As you are aware, Microsoft, Fortnite, and Nvidia are all attempting to create their own versions of the metaverse.

Now, which of these are we going to use? Will it be just one or all of them? It remains to be seen, but the metaverse race has already begun.

During the early days of the Internet, it was very different than it is now. Information wasn’t easily found by simply putting it in the search bar. A website can only be accessed if you find out its name from someone or something.

Nowadays, the Internet has become so advanced that we can search for stuff, download apps, and interact on social media.

Metaverse, the second incarnation of the Internet, is just right around the corner.

Cryptocurrencies serve as a virtual currency, NFTs as virtual ownership, and blockchain as a means of decentralizing everything. Many people still have doubts about this virtual world, especially about virtual currencies.

What ultimately matters is what we give value to. For example, when you think of the US dollar, what is backing it up? Not much, really, other than our trust in it. Historically, currencies had to be backed by gold or a commodity, but that has changed since 1971.

The value of the piece of paper will remain the same as long as people collectively believe that it is worth that amount. When it comes to cryptocurrencies like bitcoin, for instance, we place our trust in it because it’s a decentralized system we can all track.

Therefore, we can give value to anything if we decide collectively to do so, even if it’s just a piece of paper with some numbers and images on it.

Let’s take a look at another newly coined term, the NFT. It is an essential part of the Metaverse world.

Those who have heard of NFT are familiar with that term. The acronym NFT stands for Non-Fungible Token. A non-fungible item cannot be exchanged for another one because it is unique.

As an example, one piece of art cannot be compared to another one because every piece is unique in its own way. By contrast, fungible items can be swapped for one another.

For example, one dollar or one Bitcoin is always the same as another.

Now, what exactly is an NFT?

NFTs are a type of blockchain asset that represents ownership of a unique item. Why would that be useful? It is because digital files can be easily copied and distributed, it can be difficult to track who owns them.

With everyone owning an identical copy of the file, how can you prove who’s the original owner? With NFTs, this problem is solved. As an example, suppose you made a piece of digital art on your computer that is a JPG or PNG.

Now here’s the thing: you can create an NFT by minting it. Besides the NFTs that represent your art, there is also some information contained within them, including the file name, a symbol, and the fingerprint of the file.

After a token is created, it is placed on a blockchain, and you, as the creator, become the owner. From there, you can sell the token using a blockchain transaction.

Blockchain technology ensures the integrity of the data. Additionally, it allows users to track who’s currently owning a token and how much it has been sold for in the past.

Next, you have to be aware of this: art that is represented by an NFT doesn’t come with a physical copy.

Anyone can download a free copy almost all the time. NFTs represent nothing more than ownership, and that ownership is recorded on a blockchain, making it impossible for anybody to fiddle with it.

Alright, now that we have explained the fundamentals, let’s explore some examples of NFTs.

Fashion in the Metaverse – Really?

What do you think about buying clothes that don’t exist in the physical world? Are you willing to spend a certain amount on such clothes? Hold tight, things are about to get interesting.

You might find this a bit sci-fi-like. Seems like fashion has recognized the digital world opportunities and is moving toward de-materialization, which will revolutionize the industry.

See? Remember, we’re talking about fashion in the virtual world.

According to some entrepreneurs in this field, virtual fashion will become ubiquitous soon enough.

Realizing how the merging of the physical and digital worlds will change our perception of what is real is the first step to understanding the Metaverse.

The concept may come from science fiction, but the business opportunities that exist in this fast-developing fusion of digital and physical worlds are real.

The metaverse has evolved from the gaming industry, where players already transact over 100 billion dollars in virtual goods each year.

About one-third of the world’s population plays video games regularly. Games are the world’s leading form of entertainment, and people prefer video games to movies and TV shows across generations. Nearly half of all gamers are female.

From the days when avatars were dressed as battleground characters, things have changed considerably. As gaming is becoming a lucrative channel for luxury brands to reach their target audience.

Physical and digital are seemingly two distant terms in the way how most people perceive the world. But if you take a closer look, we’ve all been constantly living in something now called the metaverse. In the metaverse, the internet does nothing more than move from a two-dimensional barrier into a three-dimensional environment.

Metaverse seems like a colossal generation shift, and we’ll inevitably explore more and more of its possibilities as time marches on.